The Phunky Monkeys played the first concert for the Spring 2013 series of Live After Five.  This was also the first event to be held in the newly renovated Repentance Park between the Old State Capitol and the Baton Rouge River Center.  The Live After Five concert series has been held at many different locations over the years, but I think Repentance Park will be the best one.  People filled the park, lined the second floor walkway next to the River Center, and filled the plaza next to City Hall.  The park offers a great view of the LASM Planetarium and Louisiana's Old State Capitol.  Sunset came about halfway through the concert with the opportunity to see the colors in the sky over the Mississippi River and the light reflecting in the windows of City Hall.  The fountains at the back side of the park were an added bonus for all the kids. 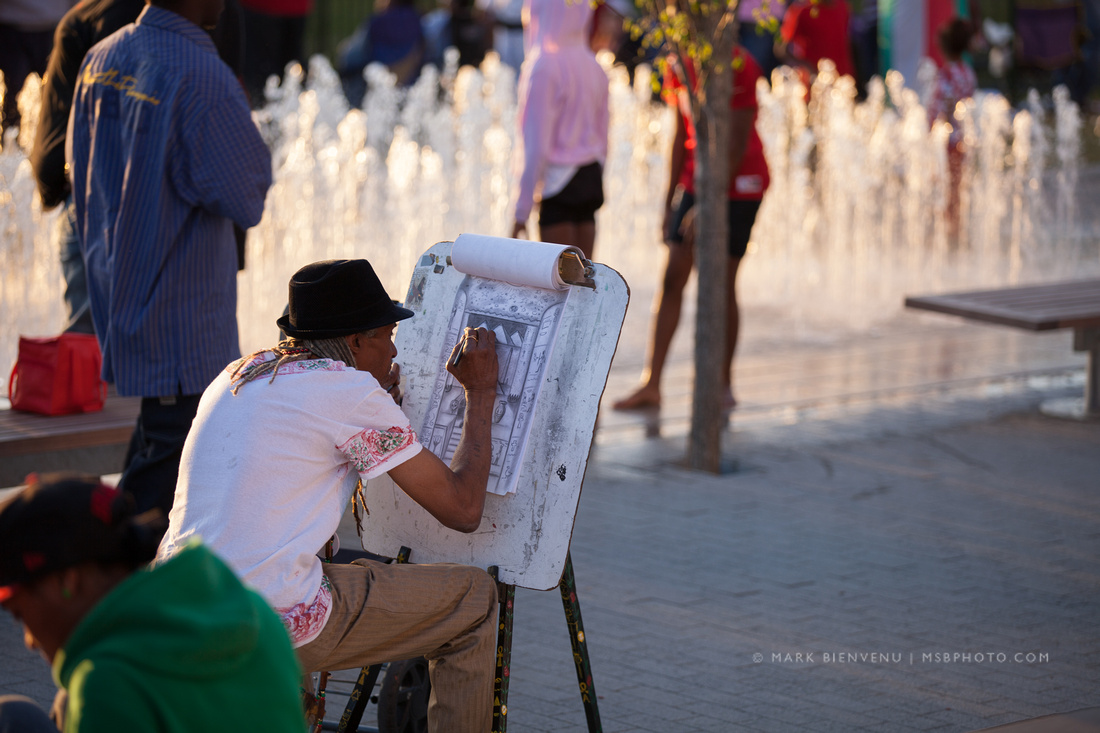 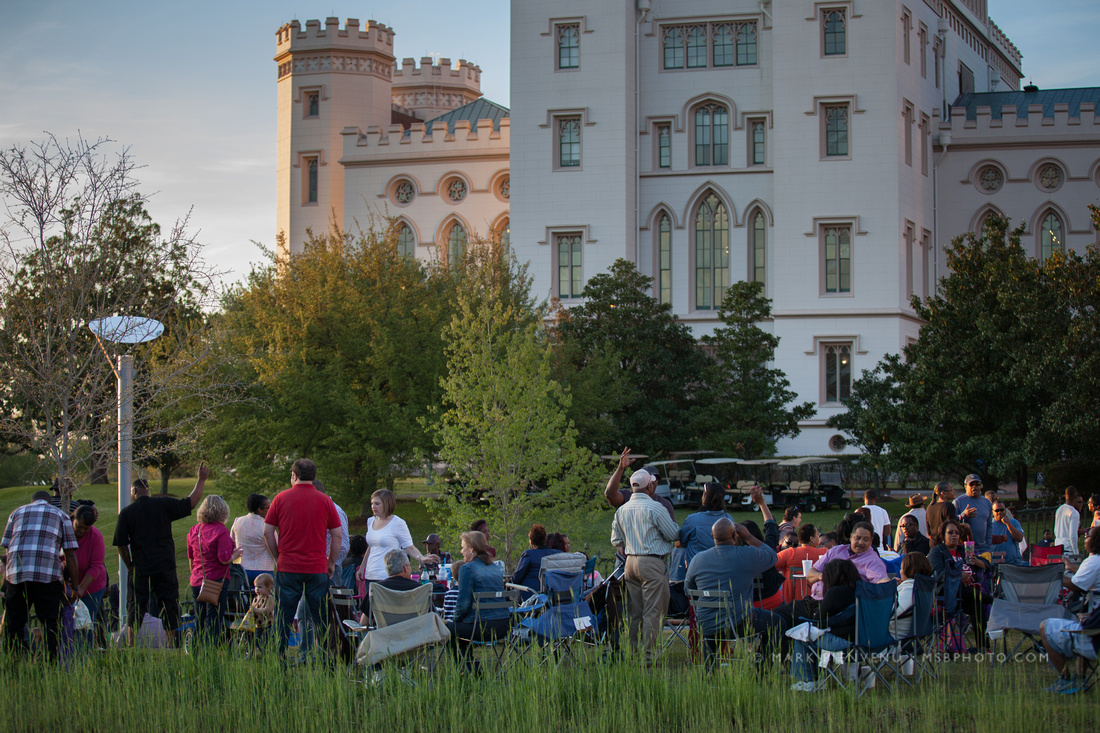 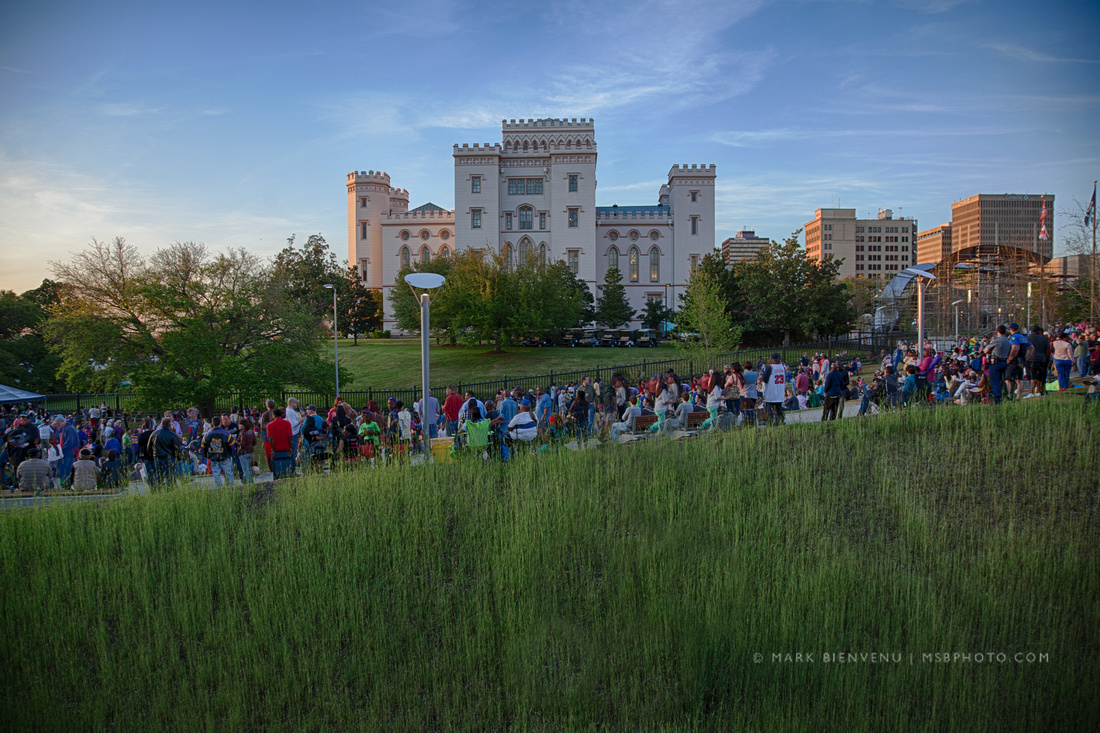 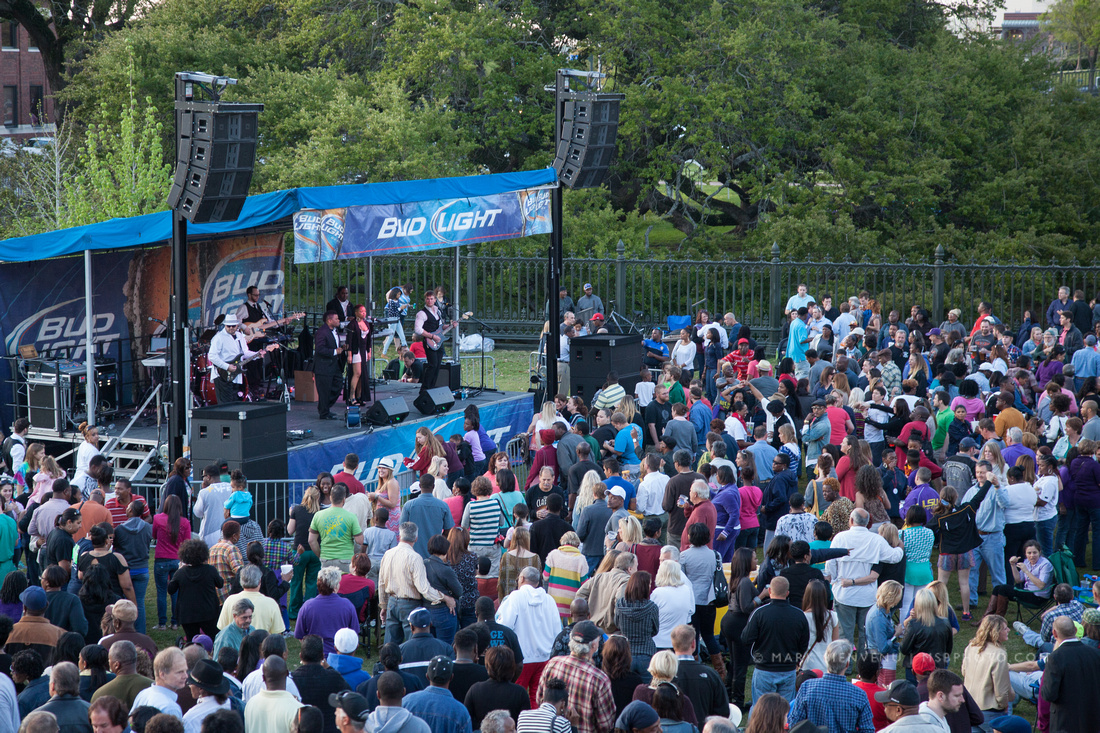 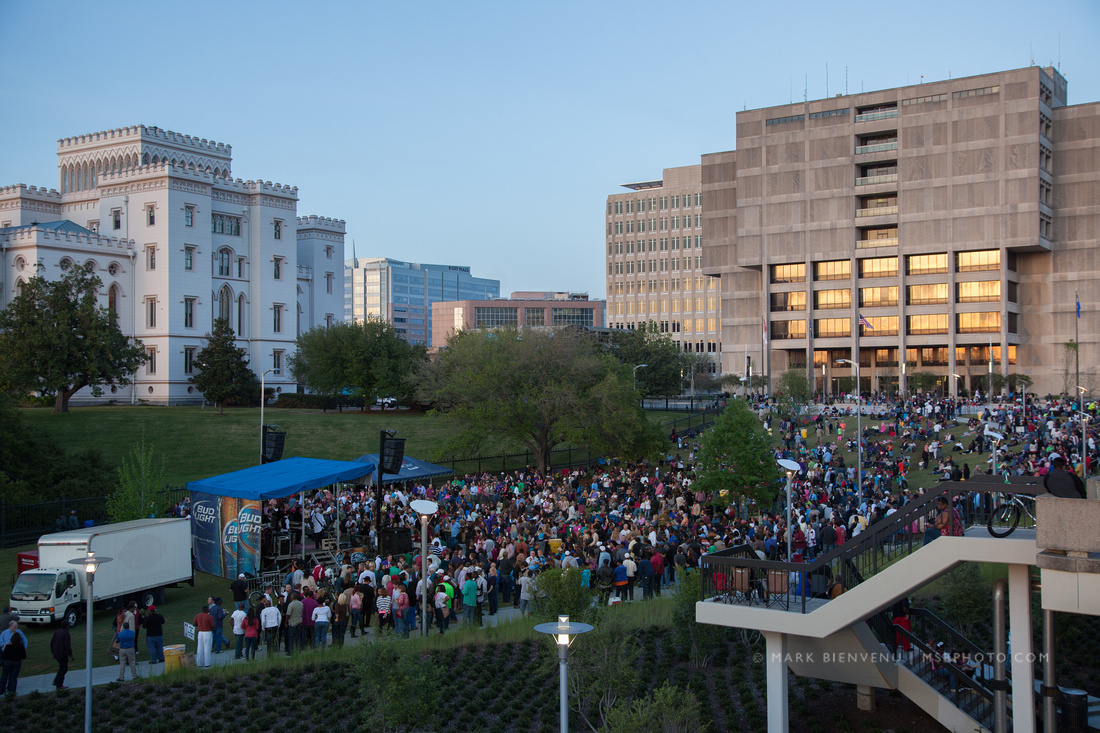 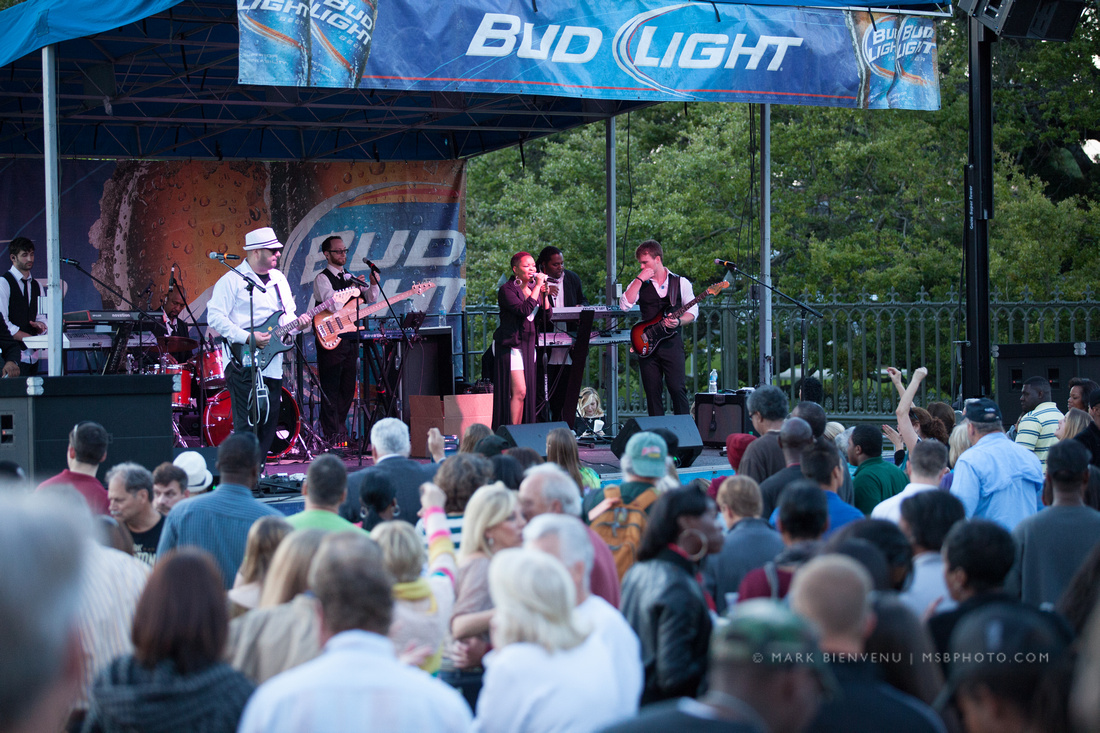 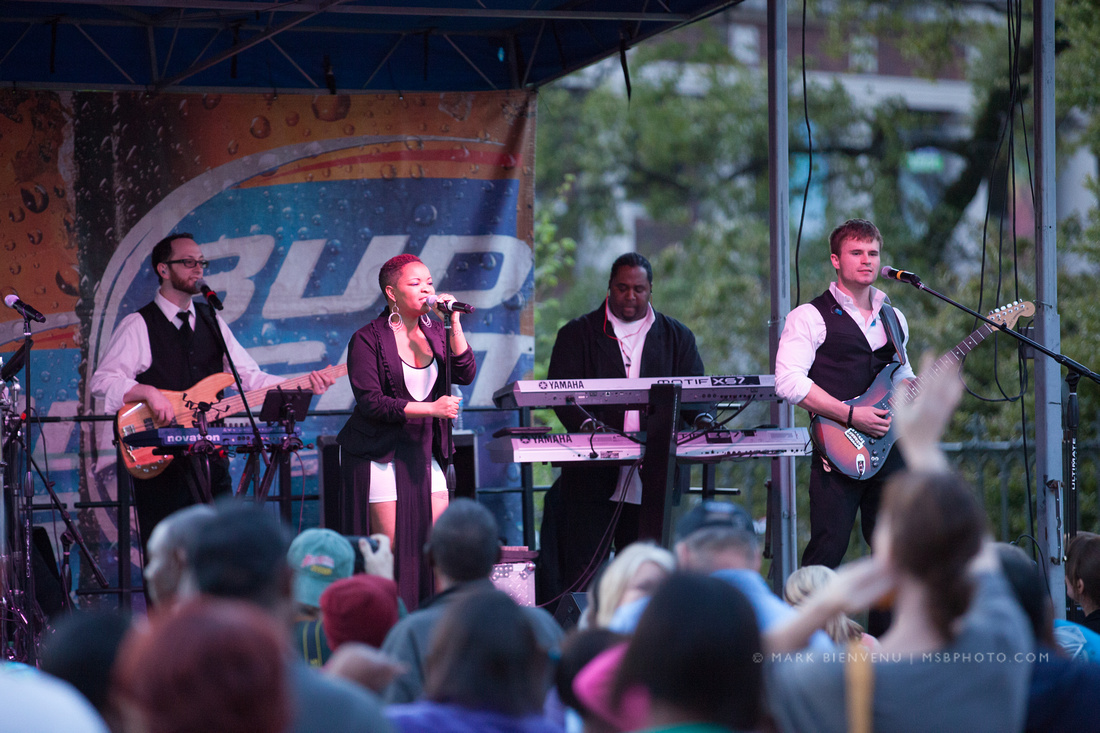 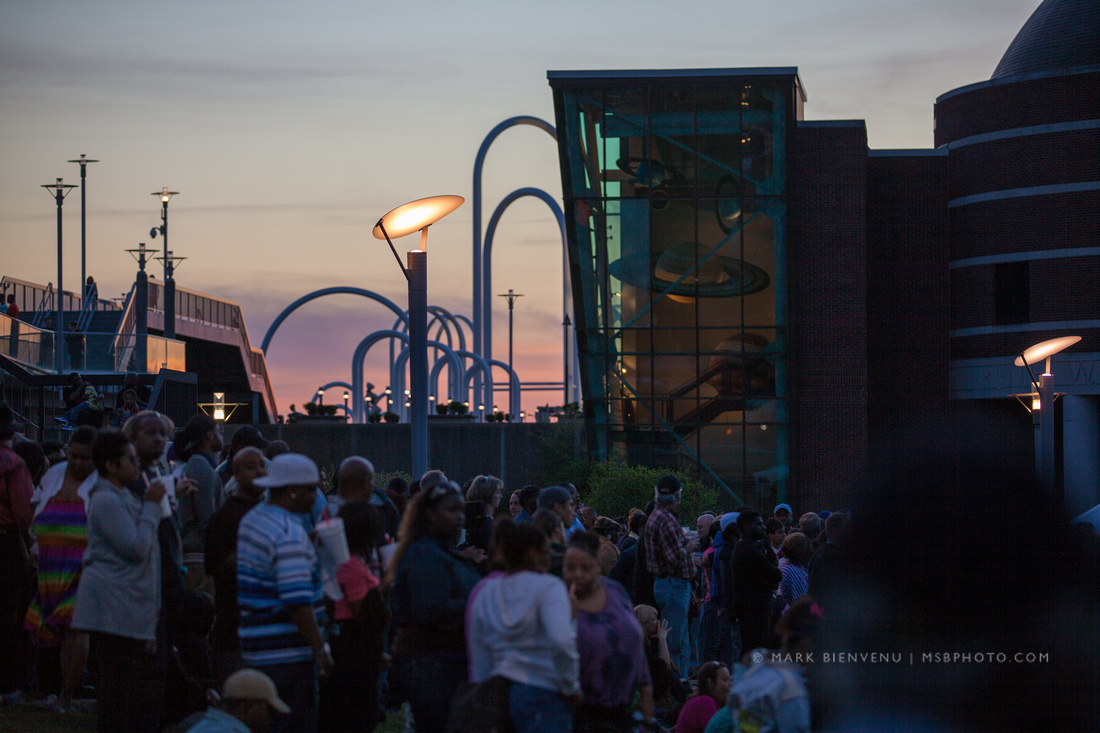 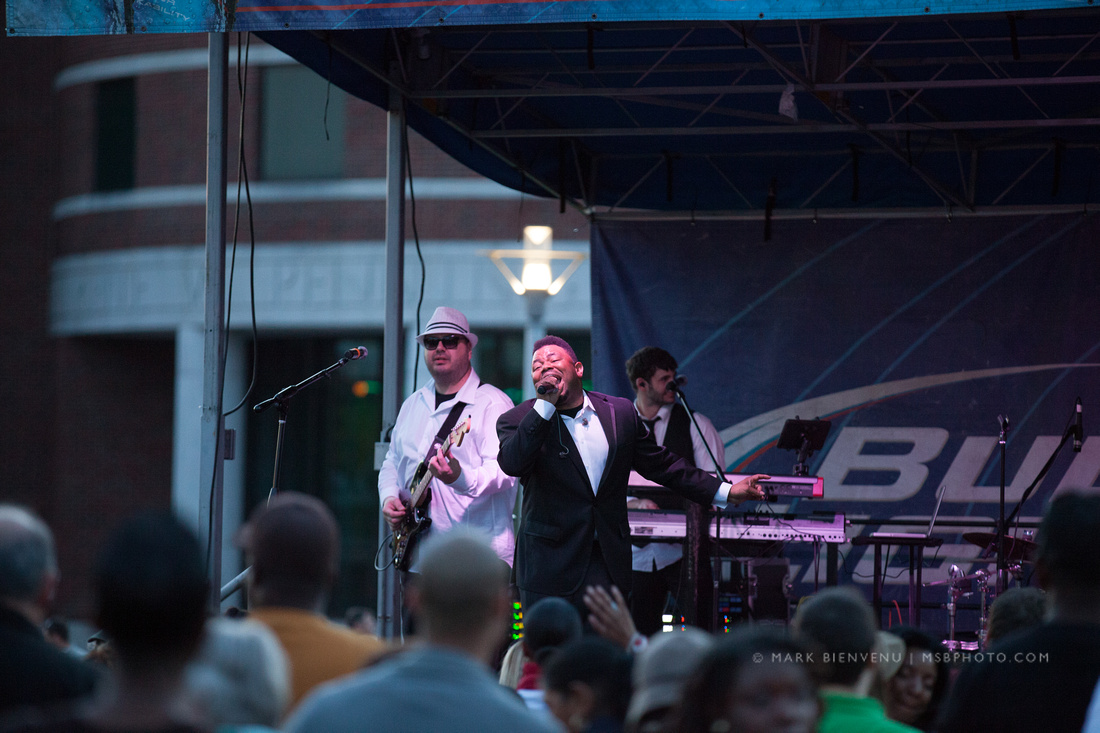 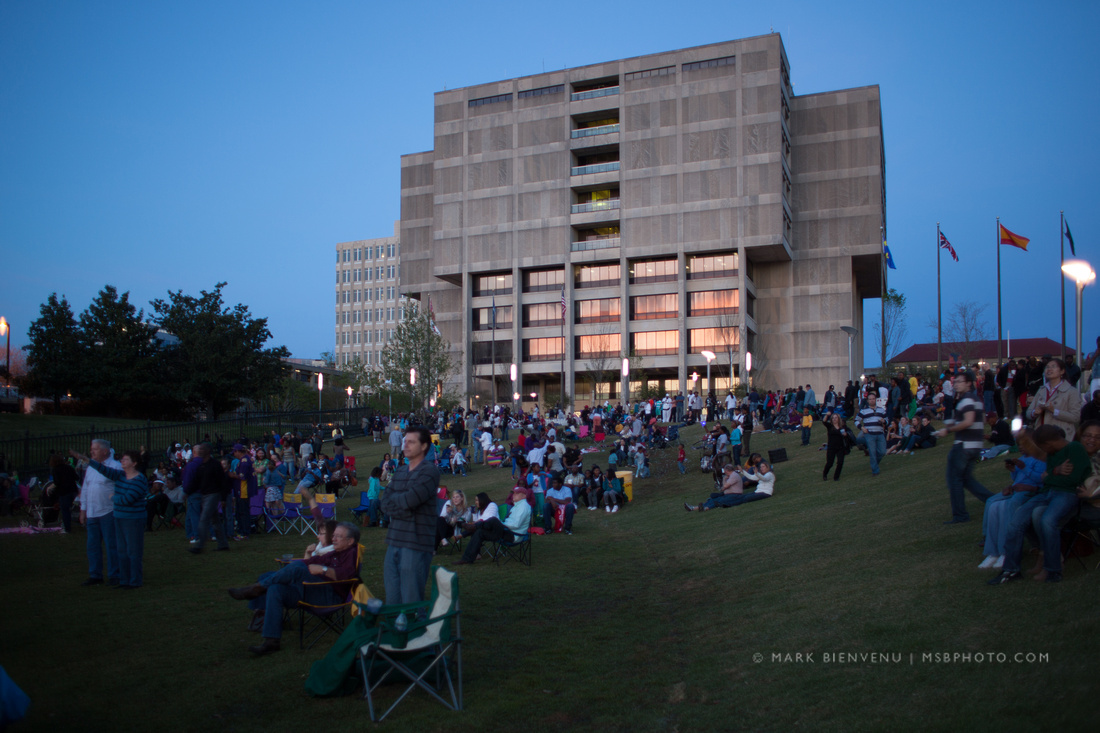 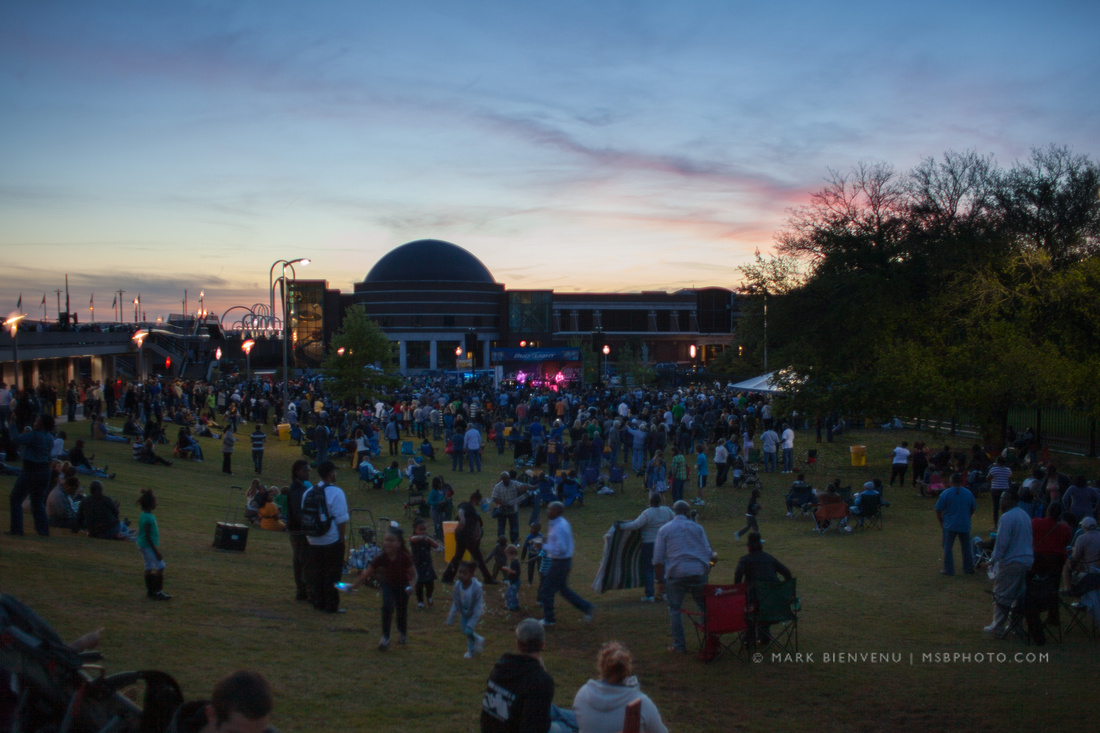 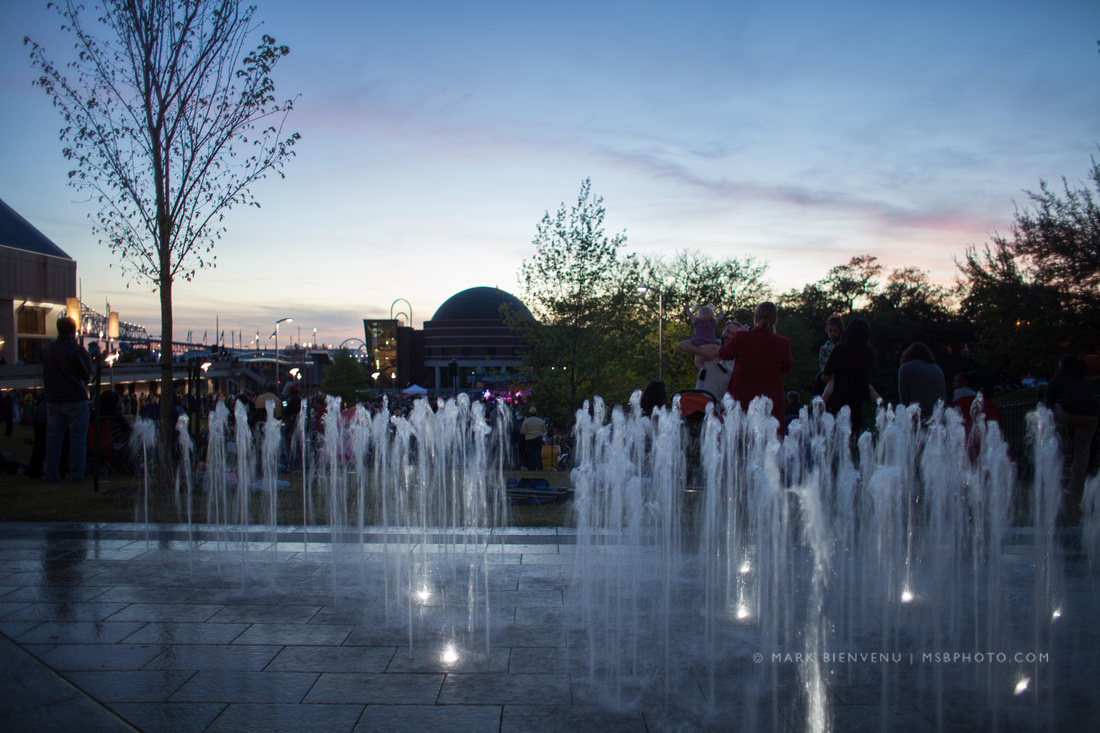 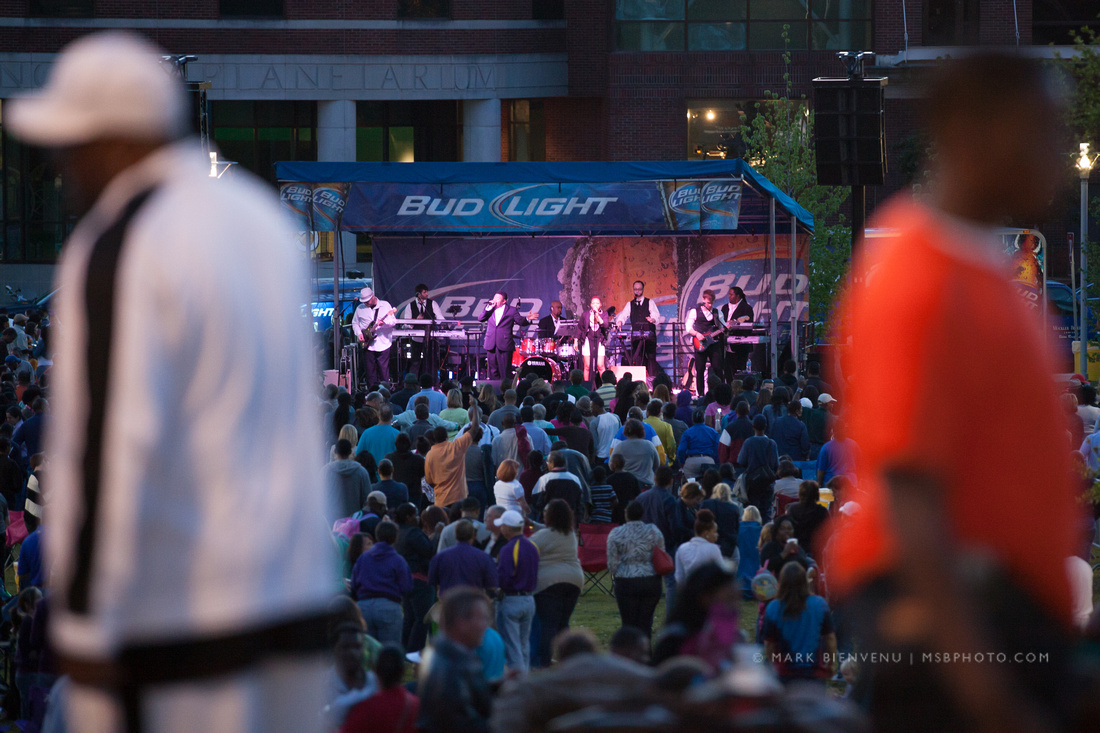 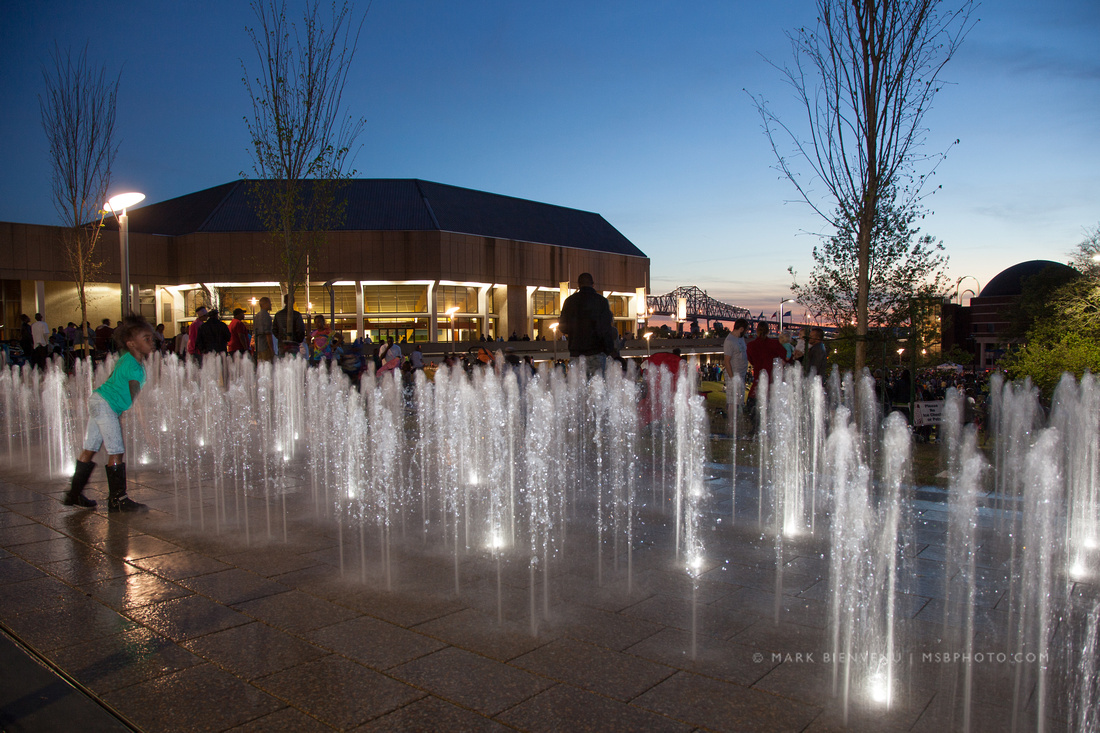